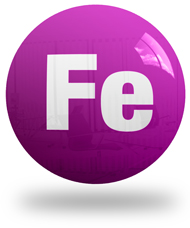 Iron is referred to as the strength mineral