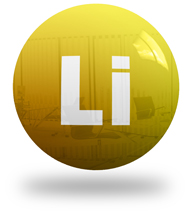 Aggressive behavior, manic-depression and some cases of depression.